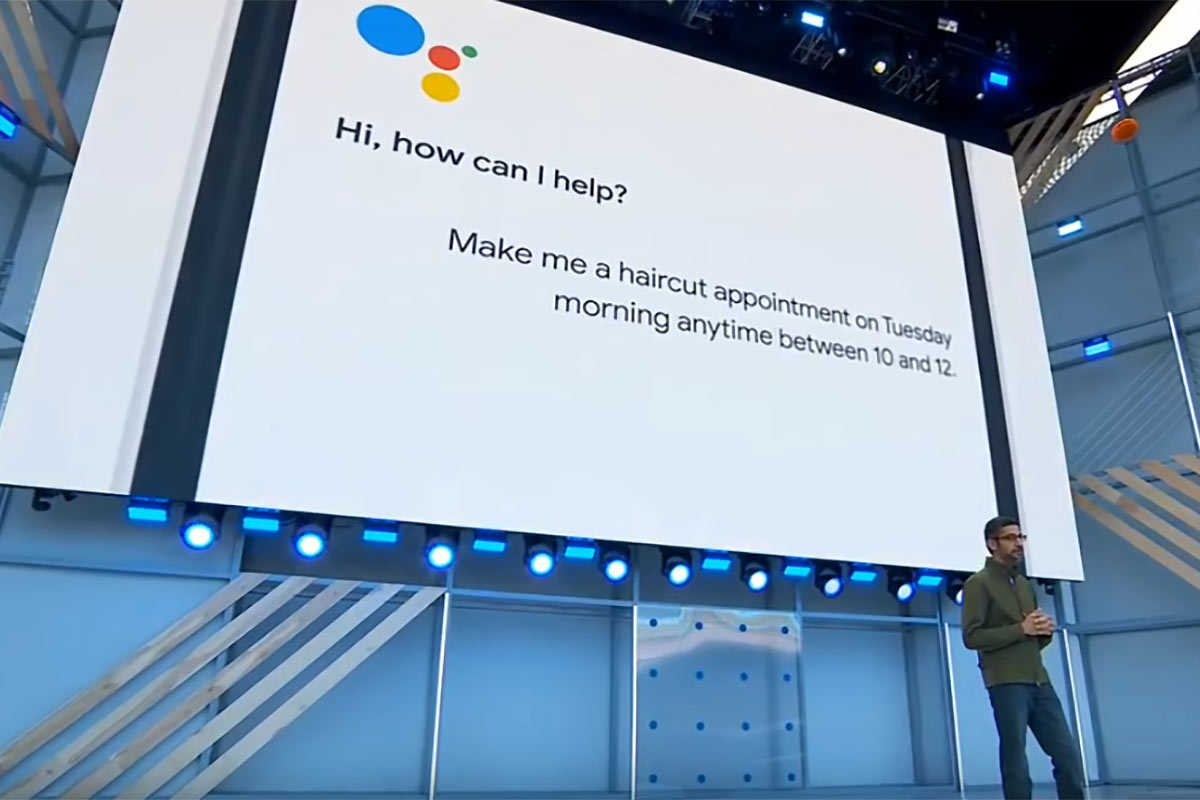 Your Google Assistant will soon be able to make real life phone calls, to a real human, on your behalf.

The tech was showcased at onstage at Google’s annual I/O tech festival by CEO Sundar Pichai. In the demo, he asks Google to phone a nearby salon and book a haircut appointment. The artificial voice then calls the salon and proceeds to have an incredibly natural-sounding conversation with an actual person, who’s totally unaware that she’s speaking to a machine. The artificial voice even throws in the occasional “mm-hmm” to sound convincing, and can seemingly handle complex questions on the fly.

Pichai promises the audience that the interaction was real, and not staged in or pre-planned in any way. “The amazing thing is that Assistant can actually understand the nuances of conversation,” he said. “We’ve been working on this technology for many years. It’s called Google Duplex.”

You can see the technology in action in the short clip below:

For now, Duplex is still very much in the testing & development phase. Google are aware that many small businesses don’t have an online booking system, and Duplex has been designed to bridge that gap. Users will be able to do things like reserve a table at a restaurant or book a car for a service, without having to spend time on the phone themselves. Google also plan to periodically ‘call’ businesses to check on their prices and opening hours, in order to keep Google Maps up-to-date.

They point out that the system can complete most tasks in fully-autonomous mode, but it can hand off to a human operator if it gets overwhelmed or stuck in a loop.

There’s more info and audio clips on this blog post from Google.