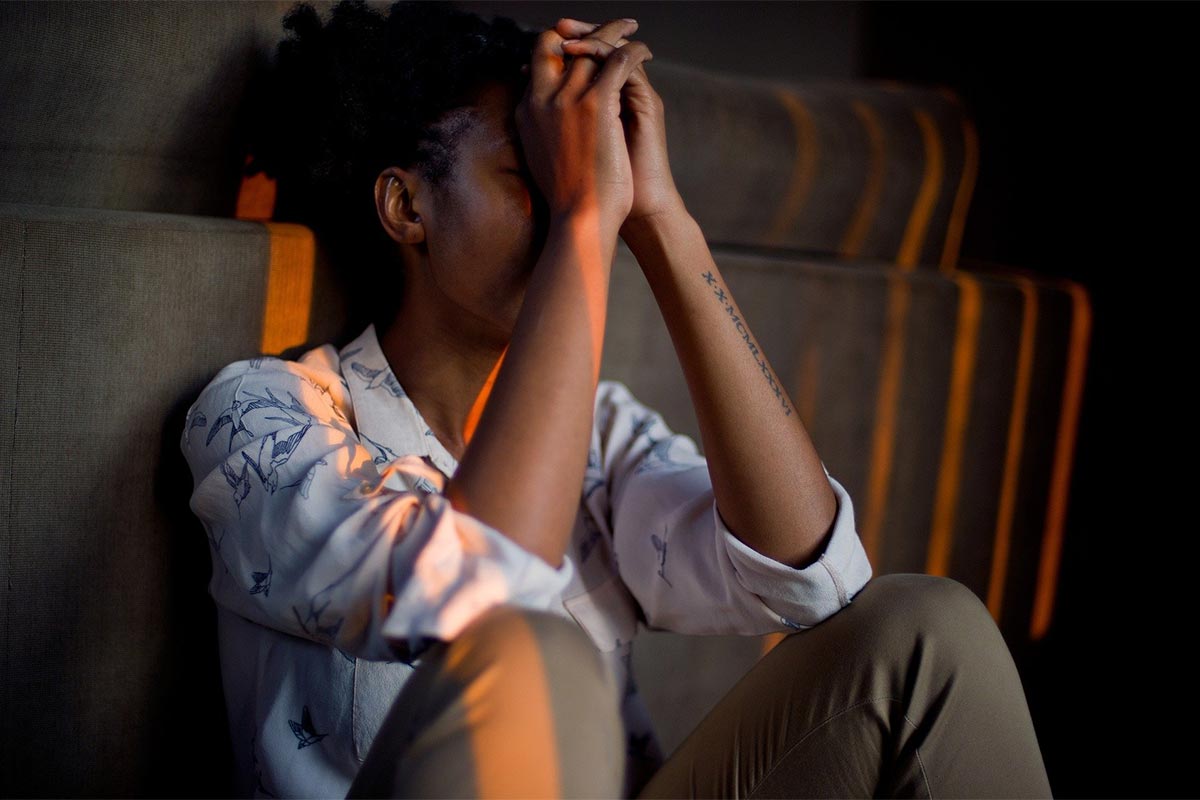 Under the big tent of depression there are many shades of gray. Depression can be mild or severe. It can be short-lived or chronic. Special circumstances, like the birth of a baby or the changing of the seasons, can trigger depressive symptoms.

Understanding the type of depression a person is experiencing helps doctors determine treatment. And for people who are diagnosed with depression, having information about their specific disorder can be helpful. “Folks seem comforted in knowing what’s going on for them,” says Sarah Noble, DO, a psychiatrist with the Einstein Healthcare Network in Philadelphia. “At least they have an answer for why they’re experiencing what they’re experiencing.”

Here’s what you should know about the different types of depression. If you suspect you or a loved one has one of these, get evaluated by a mental health professional. They can help you figure out a diagnosis–and the best course of treatment.

In a given year, more than 16 million Americans (a majority of them women) experience this very common type of depression, also known as major depression or clinical depression. Under diagnostic criteria published by the American Psychiatric Association, people must have at least five symptoms persisting for two weeks or longer to be diagnosed with major depressive disorder. Those symptoms can include feelings of sadness, emptiness, worthlessness, hopelessness, and guilt; loss of energy, appetite, or interest in enjoyable activities; changes in sleep habits; and thoughts of death and suicide. Most cases are highly treatable.

Major depressive disorder has two subtypes: “atypical depression” and “melancholic depression.” People who fall into the former category tend to sleep and eat a lot. They are emotionally reactive and very anxious, Dr. Noble explains. Those in the latter category have trouble sleeping and tend to ruminate over guilt-ridden thoughts, she says. Young adults tend to present with atypical depression, and the melancholic type is seen more often in seniors.

Helping people overcome treatment-resistant depression begins with a thorough workup to ensure a proper diagnosis and identify other psychiatric and medical causes of their symptoms. Patients are counseled on proper dosage and duration of treatment. If a medicine isn’t working, doctors will try switching to a similar drug or one from a different class. Patients may benefit from adding a second antidepressant from a different class and perhaps another type of medicine, such as an antipsychotic.

A person who has depressive symptoms but doesn’t quite check all the boxes for a diagnosis of major depression may be deemed “subsyndromal.” Maybe she has three or four symptoms, not five, or maybe she’s been depressed for a week, not two, Dr. Noble explains.

“Rather than look at symptoms, I usually look at functionality,” she says. Is the patient able to go to work and take care of day-to-day responsibilities? If the person is struggling, they may still benefit from treatment, including with medication, she says.

People with persistent depressive disorder (PDD) have a low, dark, or sad mood on most days and at least two additional symptoms of depression lasting two years or more. In children and teens, PDD (also called dysthymia) may be diagnosed if symptoms of irritability or depression persist for a year or more. “It may wax and wane in intensity, but generally it’s a low level of depression,” Dr. Noble explains.

To be diagnosed with this type of depression, people must also have two of the following: sleep problems (too much or too little); low energy or fatigue; low self-esteem; poor appetite or overeating; poor concentration or difficulty making decisions; and feelings of hopelessness.

Usually PDD requires treatment with a combination of medication and psychotherapy.

Up to 10% of women of childbearing age experience premenstrual dysphoric disorder (PMDD). This severe form of PMS can trigger depression, sadness, anxiety, or irritability, as well as other extreme symptoms, in the week before a woman’s period.

“It can be really uncomfortable, disabling, and interfere with a woman’s day-to-day life,” says Dorothy Sit, MD, associate professor of psychiatry and behavioral sciences at Northwestern University’s Feinberg School of Medicine in Chicago.

Scientists believe these women may have an abnormal sensitivity to hormonal changes during their menstrual cycle. Taking antidepressants, specifically selective serotonin reuptake inhibitors, in the two weeks before their period or throughout the month can be very effective, Dr. Sit says. Certain types of contraception may help too. Researchers at the University of California San Diego are exploring the use of light therapy to improve sleep quality and mood in women with PMDD.

Wide swings in mood and energy, from elation to hopelessness, are the signature of bipolar depression, also called bipolar disorder or manic-depressive illness. To be diagnosed with this form of depression, a person must have experienced at least one bout of mania. Bipolar usually shows up in young adulthood. While women and men are diagnosed in equal numbers, studies point to possible gender differences: Men appear to have more manic behavior; women tend toward depressive symptoms. Bipolar usually worsens without treatment but can be managed with mood stabilizers, antipsychotic medicines, and talk therapy.

While further research is needed, a recent study by Dr. Sit and colleagues suggests light therapy may be a potential treatment for bipolar depression too. Compared with dim placebo light, daily exposure to bright light at midday may reduce symptoms of depression and improve functioning in people with bipolar disorder, the study found.

Screaming and temper tantrums can be features of disruptive mood dysregulation disorder (DMDD), a type of depression diagnosed in children who struggle with regulating their emotions. Other symptoms include an irritable or angry mood most of the day nearly every day and trouble getting along in school, at home, or with their peers.

“These are the kids with strong emotional outbursts,” Dr. Noble says. “They’re just not able to contain their emotions,” so they “act out and act on” their feelings.

Currently, DMDD is treated using medications, psychotherapy, and parent training on how to effectively deal with a child’s irritable behavior.

The birth of a baby brings enormous joy but can sometimes lead to postpartum depression (PPD), a type that affects one in four women and one in eight men. In women, postpartum depression is likely triggered by shifts in hormones, fatigue, and other factors. In men, it’s environmental, brought on by shifting roles and lifestyle changes that come with parenting.

Postpartum depression can begin any time in the first year following a child’s birth, although it usually appears soon after the new arrival. Intense feelings of sadness, anxiety, and exhaustion become overwhelming and can interfere with daily life. It can provoke thoughts of hurting yourself or your baby.

Compared to the “baby blues”–which is a mild, short-lived, and extremely common condition causing anxiety and depressive symptoms in the immediate wake of a baby’s birth–PPD usually requires treatment with antidepressants and/or talk therapy.

Seasonal affective disorder (SAD) is a recurring type of depression (also known as seasonal depression) that usually strikes in the fall or winter. Along with a change in mood, SAD sufferers tend to have low energy. They may overeat, oversleep, crave carbs, gain weight, or withdraw from social interaction.

Women and younger adults are at higher risk of developing SAD. It can also run in families. SAD is diagnosed after at least two years of recurring, seasonal symptoms. While the exact cause is unclear, research suggests it may be related to an imbalance of the brain chemical serotonin. An overabundance of the sleep hormone melatonin and insufficient levels of vitamin D may also play a role.

SAD is typically treated with a daily dose of light therapy and sometimes medication.

Using or abusing sedating drugs can change your mood. Symptoms, such as depression, anxiety, and loss of interest in pleasurable activities, typically appear shortly after taking or abusing a substance or during withdrawal.

Substances that can lead to this type of depression include alcohol (if you drink too much), opioid painkillers, and benzodiazepines (which act on the central nervous system).

To diagnose someone with a substance-induced mood disorder, doctors must rule out other potential causes of depression, and the depression must be severe enough to interfere with daily activities.

People with psychotic depression have severe depression accompanied by psychosis, which is defined as losing touch with reality. Symptoms of psychosis typically include hallucinations (seeing or hearing things that aren’t really there) and delusions (false beliefs about what’s happening)

One of Dr. Noble’s patients, two years after beginning treatment, confessed that she had a year during which she would not eat anything her father cooked because she thought he was poisoning her. The woman was otherwise lucid; she simply suffered from psychotic depression that had not been fully treated.

Depression due to an illness

Coping with a serious chronic disease, like heart disease, cancer, multiple sclerosis, and HIV/AIDS, can be depressing in and of itself.

Adding insult to injury, there’s now evidence that disease-related inflammation may also play a role in the onset of depression. Inflammation causes the release of certain chemicals by the immune system that cross into the brain, leading to brain changes that can trigger or worsen depression in certain people, Dr. Noble explains. Antidepressants may help prolong their life and improve their ability to function, she says, and therapy can help many patients cope with mental and physical illnesses.