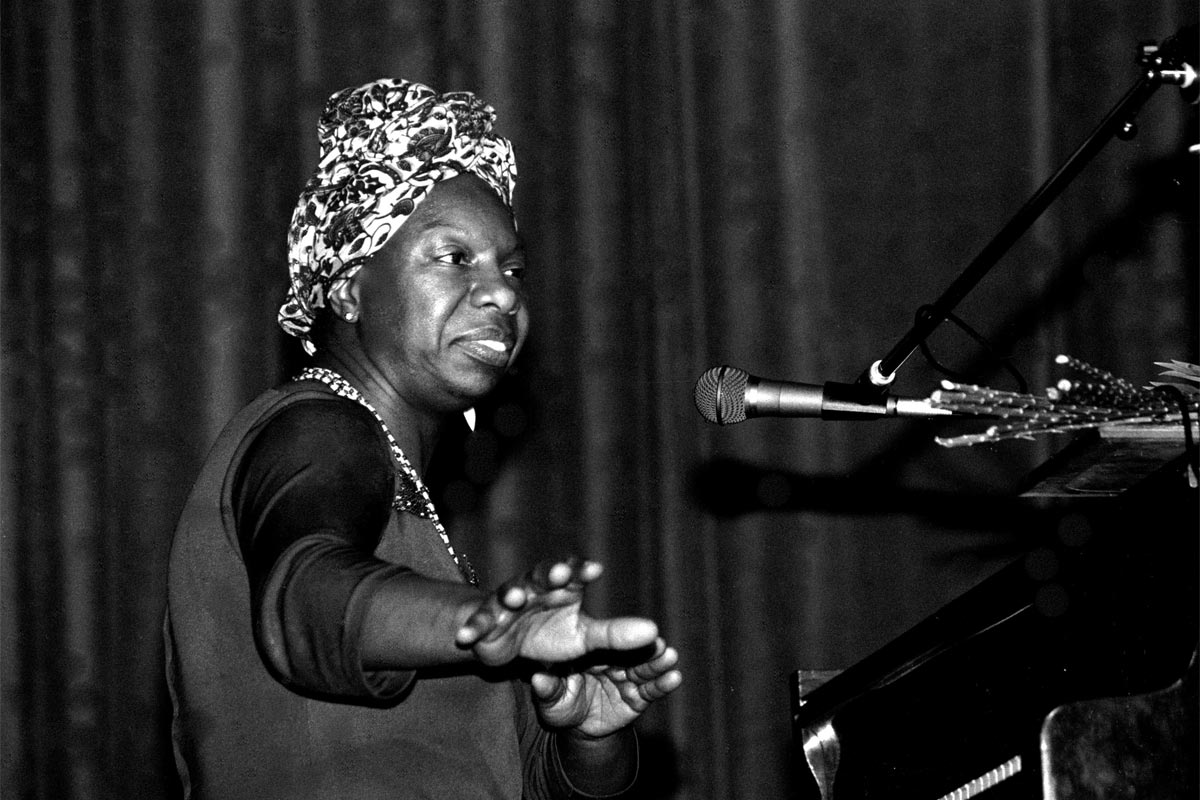 The Civil Rights movement is one of the most important moments in the history of the United States, concentrated mainly in the southern states of the country, with the events that occurred between 1954 and 1968 being a form of resistance by the black community that demanded an end to the imposed racial segregation by white supremacists.

The objective was to question and boycott clearly racist decisions, such as the daily social prohibitions imposed on blacks and the rights granted only to white people, which, in the view of the movement’s strategists, would provoke a crisis and consequently a dialogue with the authorities.

Born in 1933, in North Carolina, in the southwestern state of the country and bordering some of the hot spots of racial conflicts, Eunice Waymon (the artist’s birth name) suffered from the evils of racism since she was a child. However, since her first contacts with the keys of a piano, she thought that she would be the first black classical pianist in the United States and went in search of the dream.

Time passed and, already by the name of Nina Simone, the young girl won over the audience with a style that united jazz, blues, classical music and gospel. Due to songs like I Loves You Porgy, Nina was disputed by important venues known for their white predominance, such as the Town Hall in New York.

The singer’s success grew in step with racial conflicts. Many were the trigger for black fury, the 1963 massacre being one of the most striking, when four black children were killed in a racist attack at a Baptist church in Birmingham, Alabama, just after the murder of activist Medgar Ever in Mississippi.

The facts aroused a new feeling in Simone, who realized the meaning of being black in the United States. A crucial moment for the singer’s career, who decided to transform her art into politics, becoming a symbol of expression of civil rights and the struggle of the black movement.

The civil rights movement left deep wounds in American society while inspiring and inspiring young people willing to change the reality of black men and women to this day. As before, the arts and especially music have been playing a fundamental role in change.

Names like Erykah Badu, Lauryn Hill and many others drank at the source and followed Nina Simone’s courageous steps in search of a society that needs to learn once and for all to live with differences. Nina Simone passed away in 2003 leaving a unique legacy for the art world and emblematic for the fight for civil rights and racial equality.

This fight still rolls and fights today, with some other people and entities continuing this work. As an example, the African American Arts & Culture Complex (AAACC) in San Francisco, California, dedicates itself to helping black artists have exposure and attention on their work, fighting the inherent inequality with art.

Exhibits of black artists are constant, as well as events and programs that focus on subjects related to minorities. AAACC also has facilities and also services at the disposal of those artists, so that they can do their job while accessing the necessary conditions to do so.