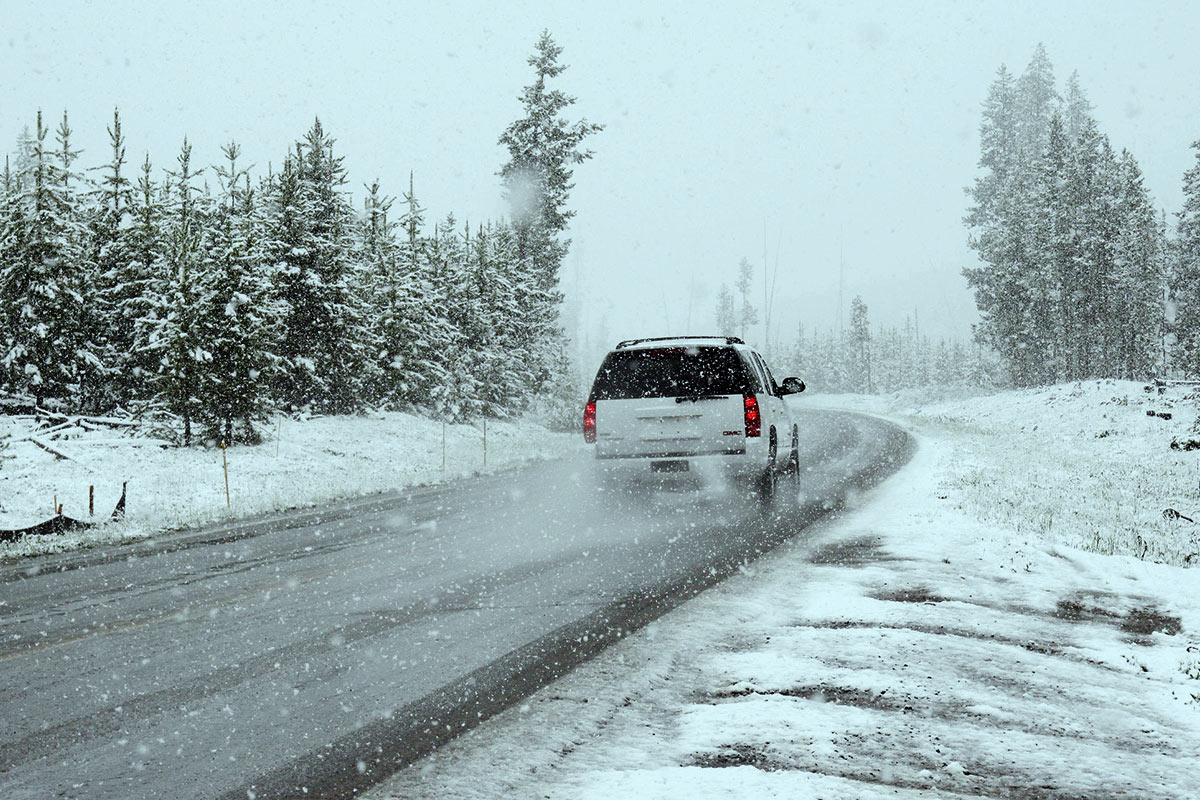 Many of us will agree that snow and ice in the UK can bring chaos for commuters. As we head further into the winter months, drivers all over the country will be watching the weather for potential snow forecasts. As a country with typically mild weather, the Brits can seem ill prepared for extreme weather conditions.

It is unfortunate for us that the roads of the UK become blocked, icy and dangerous every time a period of cold weather hits. The Beast from the East that hit the country in early 2018 showcased this for all to see, as heavy snow and bitterly cold conditions saw thousands of drivers left stranded on roads and countless more vehicles either breaking down or being involved in crashes. In fact, the AA estimated that 8,260 collisions occurred on roads throughout Britain in just three days and that the insurance cost came to over £10 million during that short period.

Checking the weather forecast in advance is the best way of predicting when icy conditions are due to hit but this is not always 100% accurate. Usually we are given some warning that this troublesome weather is just around the corner, but an opinion piece by Eve Livingston in The Guardian shines a light on our possible lack of readiness once snowflakes appear in the skies. Ms Livingston writes: “National politics in recent years has increasingly distanced itself from local interests, eroding communities and their ability to organise around local issues. Austerity-driven budget cuts have savaged local councils, with non-prioritised functions such as road maintenance and planning – which become vital during extreme weather – the first to suffer.”

The UK does have some organisations in place to help deal with the bad weather. The government-owned organisation Highways England announced towards the end of October 2018 that they had a team of 1,300 specially trained gritter drivers on standby around the country ready to get to work when temperatures tumble and the weather turns bad. More than 500 salt spreading vehicles are also in place by the organisation, while they are monitoring the weather using more than 260 weather stations and 245 anemometers that analyse wind speeds.

Paul Furlong, the national winter and severe weather team leader at Highways England, commented: “Whether people are heading to friends and family or commuting to work, we care about people journeys and during any severe weather our teams will be working around the clock to keep traffic moving.

“Safety is our priority and we’re asking drivers to make sure they and their vehicles are also prepared for any eventuality. Before you set out, check your vehicle, the road conditions and the weather forecast. If conditions are poor, and journeys are not essential, consider waiting until the weather gets better – this should improve journeys, and give our gritters a chance to treat the roads.”

Drivers could benefit from familiarising themselves with how gritters work so that they know the safest roads to take if they have to make a journey in poor weather conditions. Gritters normally focus on the following routes:

This is all dependent on exactly how bad the weather conditions are, however. Salt isn’t usually spread in heavy rain storms, for instance, as there is the risk that salt wash-off will occur. Due to traffic being needed to turn salt into a de-icing solution, salt isn’t normally spread on quiet roads or in the middle of the night either. There is the chance too that your commute will either start or end on an untreated section of a route that is being gritted, as it can take up to three and a half hours to salt an entire route. Should rain fall during the process, there’s also a chance that the wet weather will wash away the salt and result in ice forming in its place.

The UK government could surely benefit from taking a look at how colder countries such as Finland, Sweden and Norway deal with snowy spells. This is because across this region of Northern Europe, drivers must re-acquire their cold weather driving techniques each year. As British motorists rarely need to cope with being behind the wheel when it’s snowing or very icy — some drivers may never have experienced being on the road in wintry conditions, in fact — it surely makes sense for people to test their skills in controlled environments instead of being thrown in the deep end when the weather takes a turn for the worse.

Several winter driving courses are available for motorists in the UK, as seen in this Auto Express guide. Is it about time motorists are required to sit one of these courses at least once, so that they know how to stay in control of their vehicles in snow, ice and other troublesome weather conditions? Additionally, a number of car manufacturers including Volvo have published their own guidelines and even videos on how to drive in wintery weather.

Some vehicle owners will be better prepared than others for the big chill. Cars such as the Jaguar E-PACE are fitted with a low-speed cruise control feature, making it easier to drive on low-traction surfaces, however not all drivers have this option.

Charted civil engineer David Gardner believes that the entire onus shouldn’t just settle on drivers though, stating in a blog post on the Intuition of Civil Engineers’ website that “while we can’t control the weather, we can improve the way we deal with it” and calling on the introduction of a national strategy for handling winter emergencies.

Mr Gardner proposed: “Due to the numerous organisations involved with dealing with and using transport — private and commercial — working groups would need to be established to review the past winter and to consider the implications of a longer period of winter weather. They’d need to identify specific problems, potential solutions and priorities, and submit these to a main review body to draw up a final report.

“I believe that a chairperson of national standing should be appointed at an early stage, together with a deputy and a small secretariat to manage the overall process, which could include a sponsored MSc or PhD student to study and report on specific topics. The costs of a review need not be vast, since little extra infrastructure is required in the first instance. The review would understandably give rise to the need to invest in specific areas, but these can be phased in over time.”